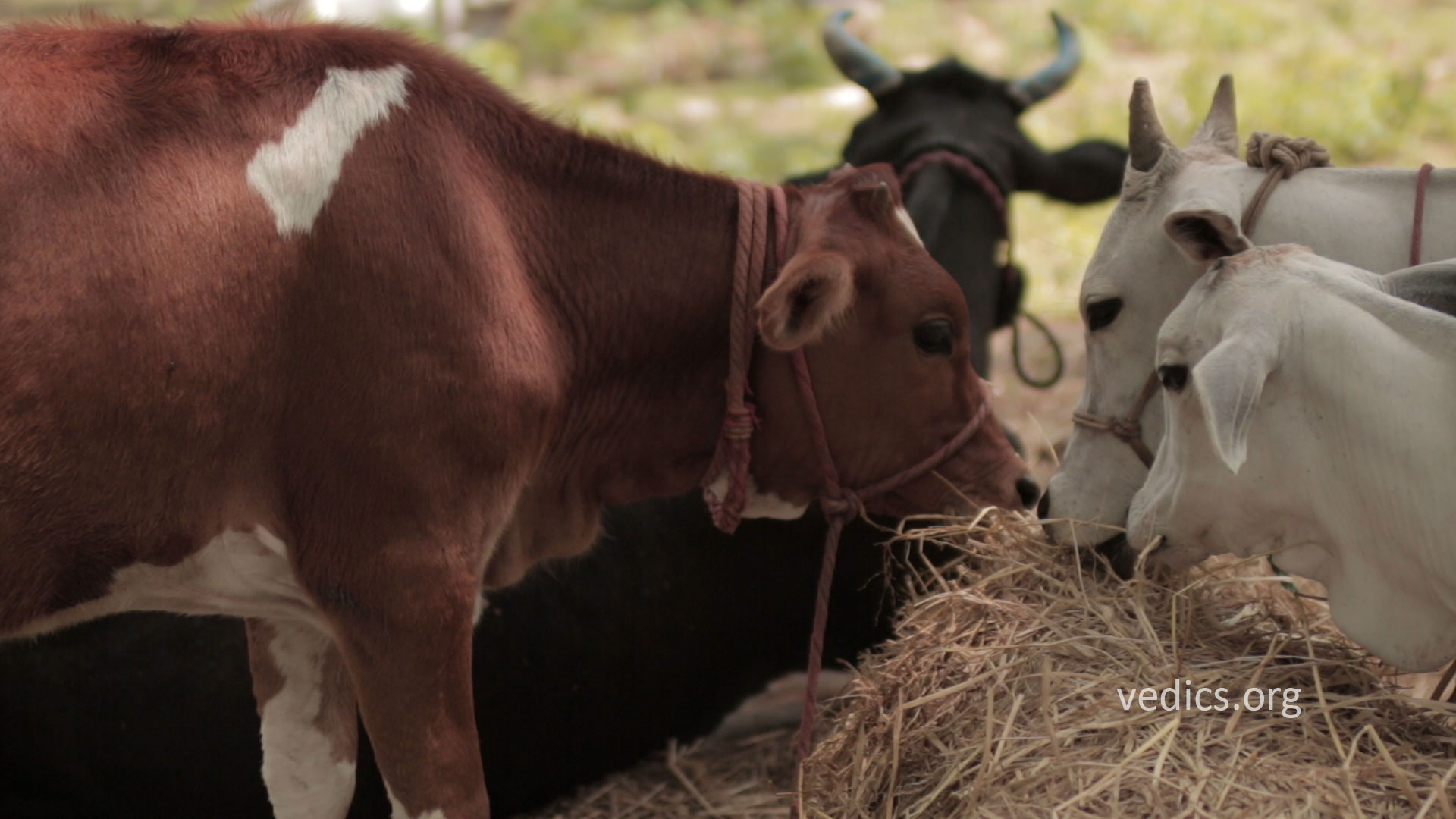 August 10th, 2018: Today we woke up early to go to a Dairy queens farm, I mean kannu kutti (Baby cows) farm! This was the day we were waiting for in our entire trip to India, this Summer. The person, who oversees the farm, happens to be my mom’s friend. His name is Veera uncle. We (Kavya and I) went on his scooter to the farm. When we reached there, we felt warmth in our hearts. We washed our feet and hands and then fed some fresh pongal to the cute kannu kuttis. How lovely it was to see them eat! Wish we could do it every single day. The first calf we saw was named Balarama. He was adorable and friendly, and finished the pongal we gave. He was very energetic and playful. We followed him to the grazing area. We then met Krishna, another adorable kannu kutti. Krishna was rescued as well as Balarama. Both of them were happy, and eating well. We saw a cow inside, a fully grown one. Her name was Sandhya. She couldn’t walk, because her foot was damaged. She had plaster all over her leg, and we all felt so sad for her. I hope her wounds heal! In the back of the small shed, there was another kannu kutti but this one had only 3 legs. She lost her leg in an accident. We named her Vaishnavi, after Kavya’s middle name. Vaishnavi cannot stand uo, or walk until her wound heals and the rescue team can give her an artificial leg. She was in the same spot all day, which seemed so hard for her. We are all hoping that she will be able to walk someday. All the kannu kuttis were so beautiful, and so soft, Pattu kuttis. They all had such pretty eyes! And just as we thought these were all of the cows on the farm, Veera uncle showed us a whole other section in the back. There were several cows, all of them are rescued. I had never seen so many cows in my life! There was an old cow named Paati, there was a bull named Lakshmanan. And there was a white cow named Ranganayaki. Ranganayaki was one of my names, so I wanted to feed her and take a picture with her, She seemed very startled when I went near her. We saw another cow by the tree. Her leg was wounded as well and had great difficulty walking. But she still limped, and never ever gave up. She saw Krishna and Balarama playing, and wanted to join them in the grazing area. We fed the cows, they seemed very hungry. There was some grass and hay for us to feed them, and they were all so adorable! I definitely want to come back to this farm, it’s an amazing thing what this organization is doing, and I can’t wait to see them all grown up next year! We were even thinking to adopt Krishna and Balarama, and wanted to come up with a plan to take them in our flight back home. But of course we were joking, since they are so hard to take care of. It really is amazing to see all these cows being saved, and Vaishnavi is still in our minds. I can’t wait to come back here next year. I want to thank everyone running this Goshala for injured cows, and I hope this farm makes a huge impact all over India. Loving the cows is a great feeling, just like a kid showing love to his/her mother. These lovable creatures are God’s gift to us.

CHANGE THEIR WORLD. CHANGE YOURS. THIS CHANGES EVERYTHING.

DONATE FOR A CAUSE OrCONTACT US